The land of Iobaria (pronounced ih-BAH-ree-uh) is located east of the nation of Brevoy, north of the Castrovin Sea. It is considered part of the continent of Casmaron. Human settlers have united the land into an empire a few times, but right now the land is largely wilderness. It is subject to plagues, some of which have destroyed the aforementioned empires.

The Iobarian empire, at its height, stretched from the Icewall, Ice Steppes, and the Lake of Mists and Veils in the north to the Myrfrus River in the east, Mendev (past the Icerime Peaks and Hills of Nomen) to the west, and the Castrovin Sea to the south. 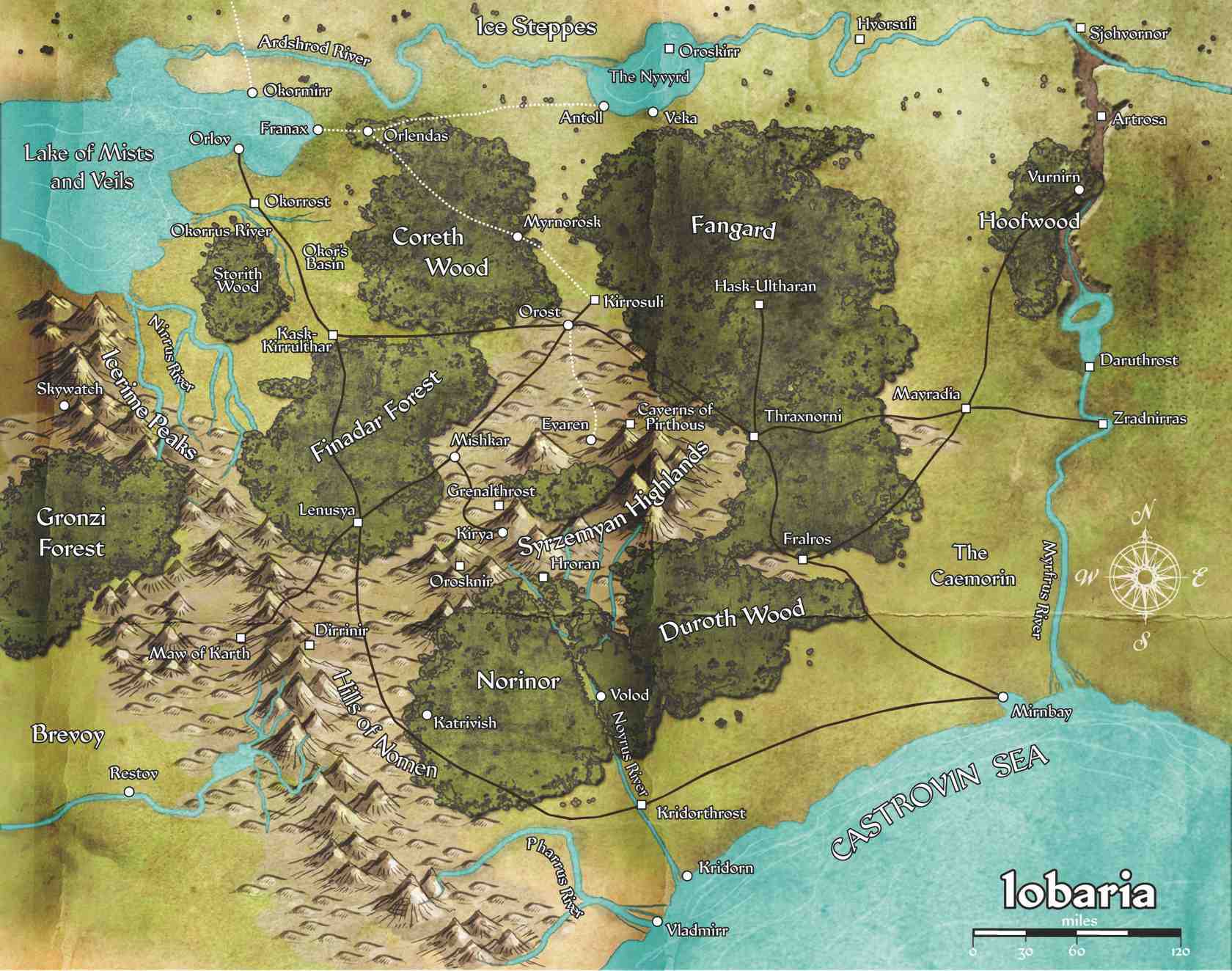 by: Mortis
See All Pages