This beast resembles a gigantic humanoid bear with the talons of an eagle and curling ram horns sprouting from its head. 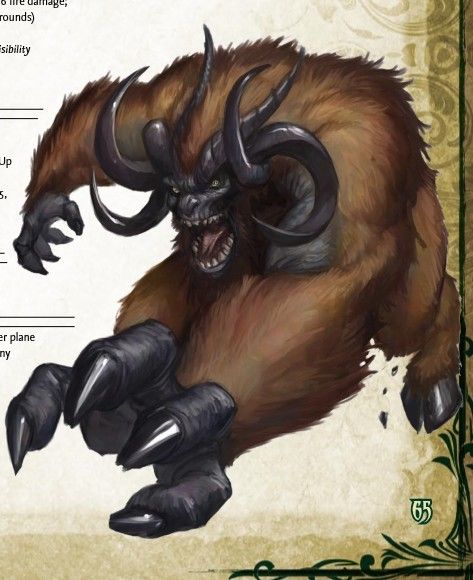 Special Abilities
Drawn to Service (Su)
When brought to another plane with a planar binding or planar ally spell (or any similar calling effect), greater ceustodaemons take a –5 penalty on the initial Will save and on their Charisma check to refuse service. Greater ceustodaemons also take a –5 penalty on saves against binding, planar binding, and other spells designed to bind a creature to a particular plane as long as the daemon is commanded to serve as a guardian for a single area or small complex.