A miasmal form roils as barbed tentacles emerge from the central mass, coalescing into razor-sharp talons and claws. 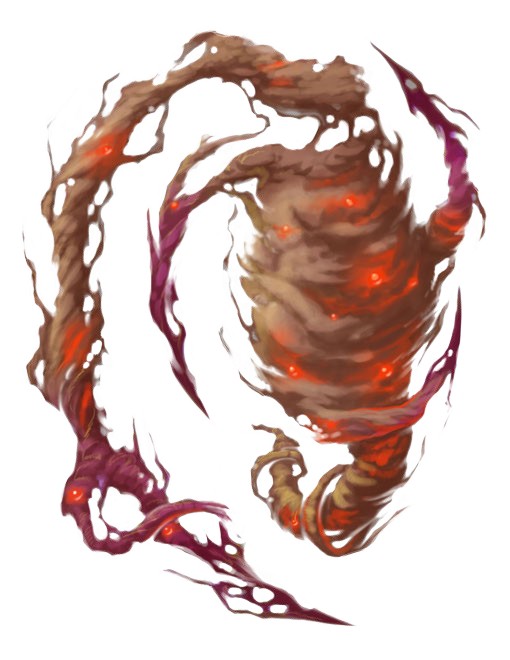 Special Abilities
Gaseous (Ex)
A mihstu can pass through small holes, even cracks, without reducing its speed.
Deadly Embrace (Ex) A mihstu that pins an opponent completely surrounds that creature and deals 1d2 Constitution damage every round as it siphons away blood, tears, and other vital fluids. Maintaining a pin is a free action for a mihstu and it does not gain the grappled condition (allowing it to attack other creatures with its tentacles).

Susceptible to Cold (Ex)
Magical cold stuns a mihstu rather than damaging it. If the creature fails its save against a magical cold effect, it is stunned for 1 round and then staggered for an additional 1d4 rounds.