Bathed in sickly green flames, this insubstantial specter of a beautiful young woman floats just off the ground. 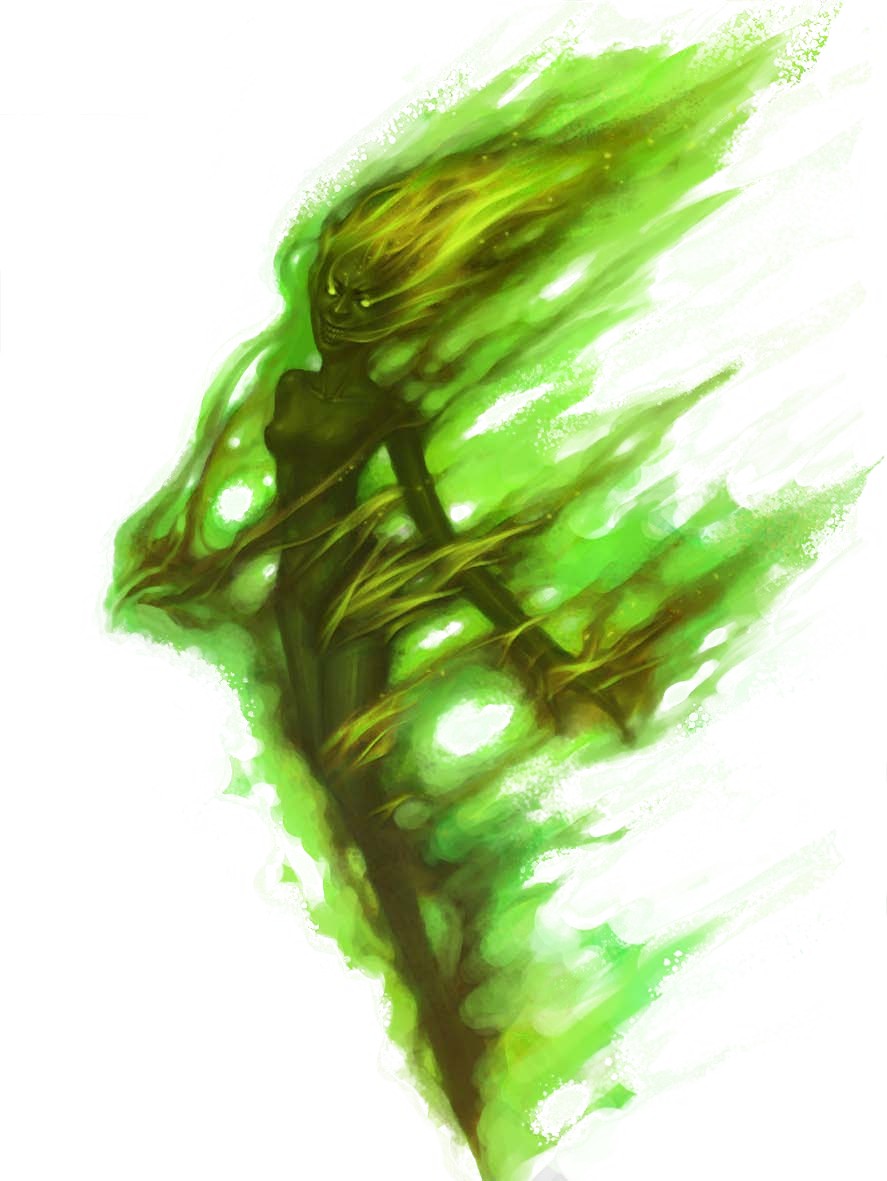 Special Abilities
Witchflame (Su)
Any creature damaged by the incorporeal touch or ranged bolt attacks of a witchfire must succeed on a DC 22 Will save or become engulfed in sickly green flames. The witchflame bolt is a ranged touch attack. While these eerie flames deal no additional damage, the affected creature glows as per faerie fire and becomes sickened. While under the effects of the witchflame, the victim gains vulnerability to fire and takes half again as much damage (+50%) from fire attacks of any sort. This effect persists for 10 minutes. The supernatural flames can only be extinguished before this duration expires by a break enchantment, miracle, remove curse, or wish spell.

The effective caster level of the witchflame is equal to the witchfire’s HD (CL 10th for most witchfires). Any creature entering the same square as a witchfire or striking it with a melee attack must succeed on a DC 22 Will save or begin burning with witchflame, even if the attack would not otherwise harm the witchfire because of its incorporeal nature. A bolt of witchflame has a range of 60 feet with no range increment. The save DCs are Charisma-based.

Sound Mimicry (Ex)
The creature perfectly imitates certain sounds or even specific voices. The creature makes a Bluff check opposed by the listener’s Sense Motive check to recognize the mimicry, although if the listener isn’t familiar with the person or type of creatures mimicked, it takes a –8 penalty on its Sense Motive check. The creature has a +8 racial bonus on its Bluff check to mimic sounds (including accents and speech patterns, if a voice mimic) it has listened to for at least 10 minutes. The creature cannot duplicate the effects of magical abilities (such as bardic performance or a harpy’s captivating song), though it may be able to mimic the sound of those abilities. This ability does not allow the creature to speak or understand languages it doesn’t know.